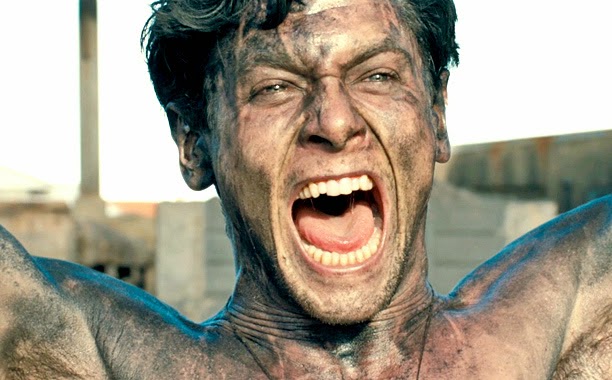 Difficult to watch?  You bet.  But if you are a lover of film this is a must-see cinema event of 2014.

The torture endured by a 1936 Italian-American Olympic runner in a WW II Japanese internment camp is staggering to behold.  Personal rage from the camp Corporal is focused on his defiant prisoner with chilling sociopathic intensity.

This is Louie Zamperini’s true story, shaped and directed with astonishing skill by Angelina Jolie.  Her accomplishment is a stunning slap in the face to a biased industry that gives evidence that only a man can master complex technology and compassionate storytelling.

What Jolie’s film does is lay bare the cruel and hopelessly held belief that human torture, both physical and verbal, are ever justified.

Consider that the timing of the film’s American release, Christmas Day, is an unwitting wakeup gift that should question the effectiveness of our verbally abusive politicians, our out-of-control police tactics and our newly revealed horrific torture of foreign-born war prisoners.  No nation is innocent.  But from America, shouldn’t we expect better?