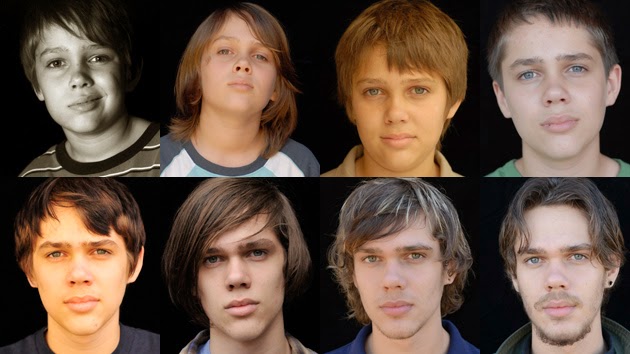 Director Richard Linklater became intrigued by the idea of filming a real 6-year-old boy growing up over a 12 year period. But not as a documentary.

Linklater's spin was to select a real boy and surround him with Hollywood leading players who would act as if they were his true parents during those years. The actors would age with him as he moved through childhood, puberty, and into his teens.

Linklater felt he would film for just a couple of weeks every year. He shared his idea with John Sloss, his attorney, and good friend Johathan Sehring, President of IFC Films. The more they talked the more excited they became. Deal!

The resulting film, as improbable as it may sound, is a  tour de force on every level.

Even without savoring the risk, hiccups and massive good luck surrounding the final film (edited from 5 hours to 3), the boyhood of Mason (Ellar Coltrane) is a riveting fiction/reality story that offers a memorable film going experience.

This is truly one of the best films of the year.