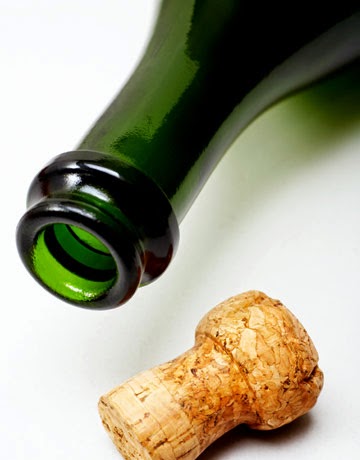 Is there anything more disappointing than sampling flat champagne at a festive party?  Maybe the situation could be saved if the host were more sparkling.

Alas, neither was the case at the fizz-free Oscars on Sunday night.  Some of us were ready to bail until John Legend and Common perked things up with a smok’n rendition of GLORY.  The artists were backed by a large choir and huge video of the bridge from Selma to Montgomery which became the iconic crossover that delivered angry and unarmed black citizens into the guns and batons of the police.

Suppressed voting rights was the issue.

What made the live stage production so chilling is that we, the audience, became the police.  The vocal thunder of this musical protest was a plea to stop the oppression that continues 50 years later.  Many of us struggled to hold tight even as the emotional dam leaked and tears flowed. 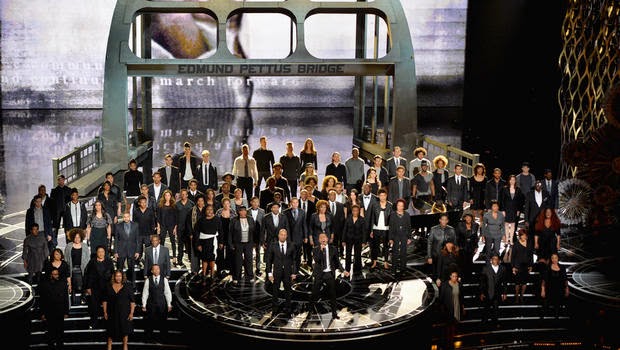 Will we never learn to stop discriminating against neighbors and strangers based upon the color of their skin?  GLORY was a stunning coup de théâtre that resonated deeply.

Political sparks were woven into acceptance speeches.  There were comments from celebrities about immigration, ALA, women’s wages, Alzheimer’s, freedom of expression (Hackers threatening Sony because of THE INTERVIEW and the tragic deaths surrounding CHARLIE HEBDO).

Patrick Harris missed the Birdman joke by standing before us wearing only his tighty whities.  In the film Michael Keaton got us to cringe in comic embarrassment doing the same while plowing through a Manhattan crowd.  Harris just stood before us awkwardly looking buffed.  So? 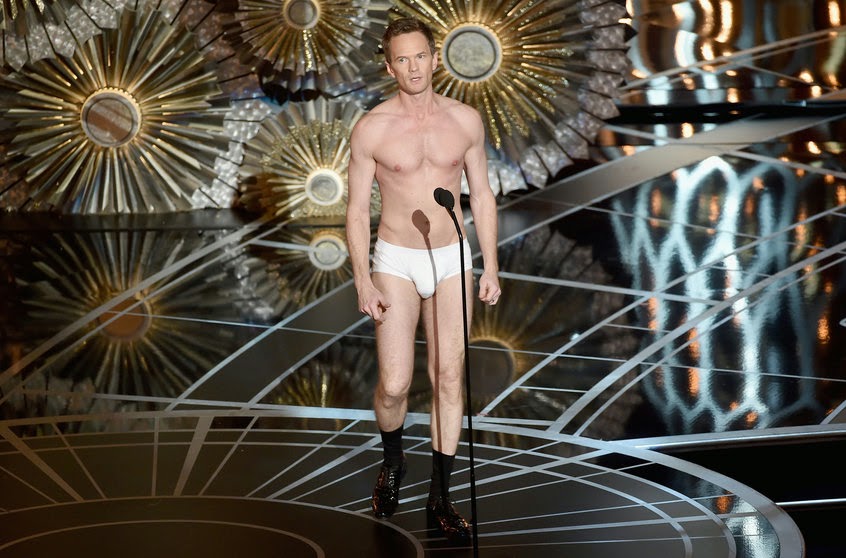 Although I could cheer about the accuracy of my predictions it seems pointless to comment about the various winners which I’m sure everyone knows by now.   The real takeaway, at least for me, was the stunning comment that John Legend made:  “There are more black men under correctional control than there were under slavery in 1850.”

Although this is hardly the most uplifting thought to leave us with toward the end of a lackluster entertainment show, it is surely the most impactful.

I’m unable to sympathize with criticism that the Oscars are losing touch by featuring films that a majority of the public has not seen.  Sure, if the ceremony were viewed as an expensive commercial for Tide or Toyota then low-ticket sales would panic a CEO.   But film is not a manufactured product to be used.

Rather, it is essentially a storytelling product that interacts between writers, actors, directors and audiences.  Sometimes the results are funny, sad or provocative.  Sometimes boring.  Sometimes tons of people attend and other times very few.

The cost of making a commercial film has increased substantially.  The backer or corporation only seems to focus on whether their investment is going to make a profit.  If money is lost then the film is deemed a failure by the money crowd.

However, this year’s Oscar finalists were not governed by that driving sensibility.  The top films under consideration were of an impressively high caliber.  But most made little money. That means many people did not see them.  Alas. 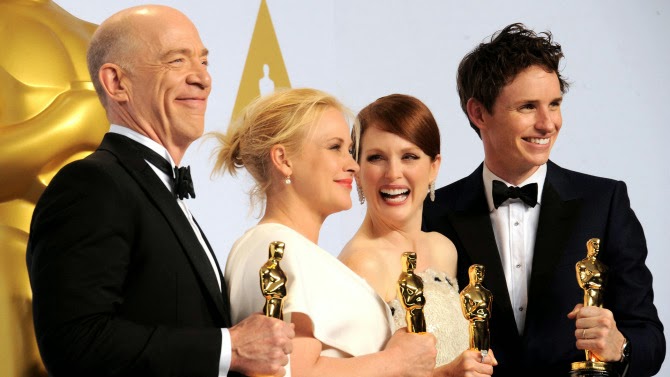 But what a memorable year to go to the movies –THE IMITATION GAME, WHIPLASH,  FOXCATCHER,  STILL ALICE, THE THEORY OF EVERYTHING, UNBROKEN,  INTO THE WOODS,  BOYHOOD,  MR. TURNER,  THE GRAND BUDAPEST HOTEL.   It was the Oscar event itself that was out of touch rather than the Academy and voters who erred in not putting forward films that drew bigger crowds and bigger bucks.

Want to know something?  This is the year to turn off your computer, get off your sofa and discover the joy of going to a movie you may have missed.  I had a fine time.  I’m sure you will too!