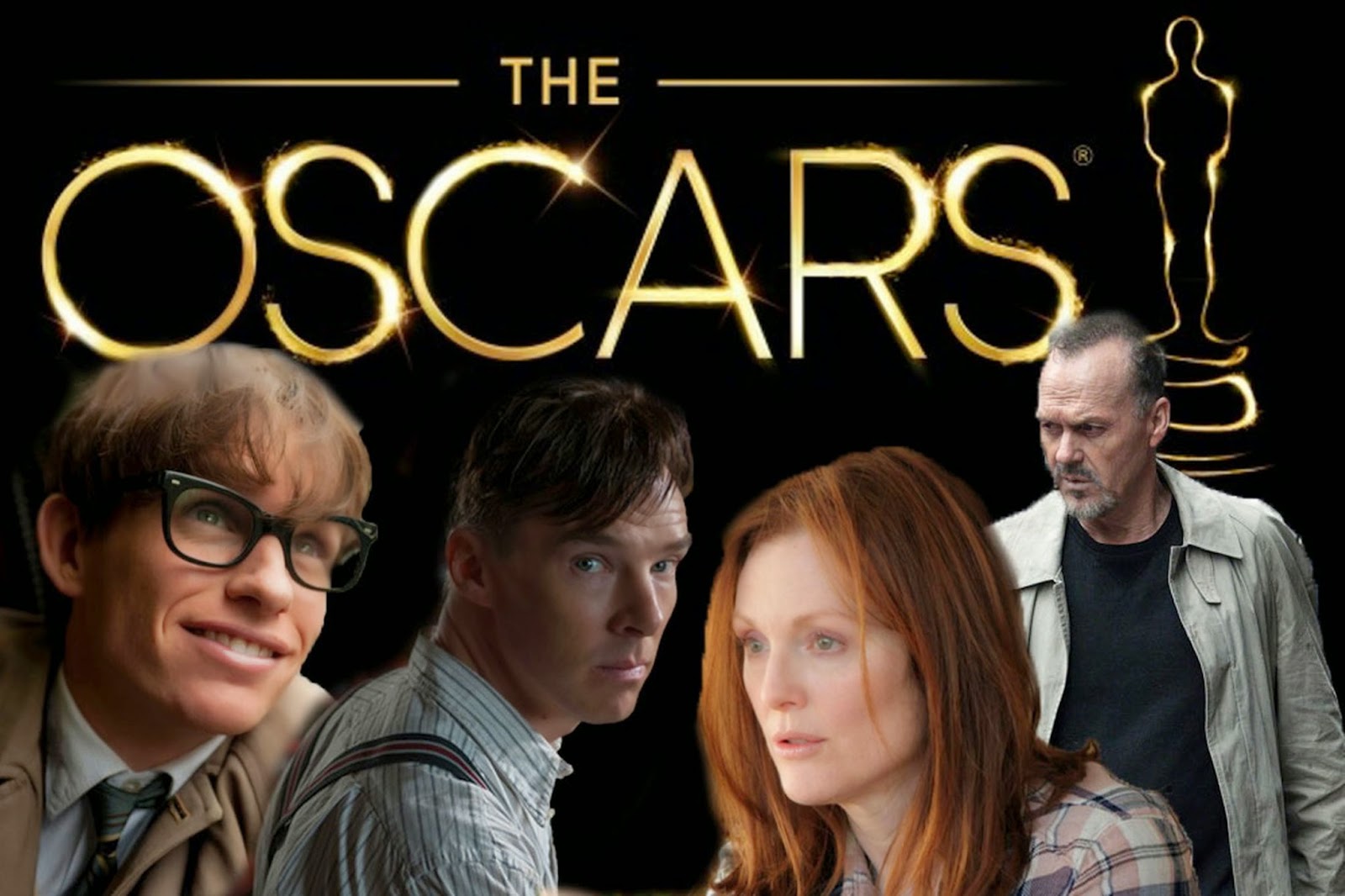 It is questionable if the money and labor spent on creating Oscar excitement generates increased ticket sales here and abroad.  More importantly, are the awards centered upon artistic excellence or more likely delivered from personal and professional agendas that are buried in the hoopla?

Best to shout out one’s choices and not fret if they align with the final tally.  I am not an Oscar forecaster.  Others have spent months sorting out the odds for who or what wins best film, director and actor.  I just have opinions.

At this point, all I can do is tip my hat to BIRDMAN and Director Alejandro Inarritu for hottest film and best director.  Early in the season my vote would have gone to BOYHOOD and Richard Linklater.  But upon reflection Linklater’s risky choice of filming the growth of a 6-year-old boy during a 12-year period was ballsy, particularly since the lad would be performing with professional actors playing his parents in a make believe story.  This is a killer idea.  But the actual directing and technical skills evidenced in scene-by-scene coverage are neither innovative nor distinctive.

Inarritu, on the other hand took enormous directing chances as he worked on creating a Hollywood send-up that looks as if it unfolds in one endless take.  Fictional reality never looked more real.  Nor more witty.

Considering the buzz, I would not be surprised if Alejandro Inarritu wins for Best Director and BOYHOOD for Best Film. Nevertheless it is disappointing that SELMA was completely overlooked.  No nomination for the brilliant director Ava DuVernay, nor best picture nor mention of the classic work of David Oyelowo who played Martin Luther King Jr.

Eddie Redmayne (THE THEORY OF EVERYTHING) and Michael Keaton seem to be in lockstep for Best Actor.  I saw Redmayne in RED, his Broadway debut, at age 29.  He knocked me out.  His career has blossomed 4 years later and he deserves his Oscar nomination.

Then again, Keaton’s career has bloomed and crashed since the 80’s.  It’s now on the rise with his transforming performance in BIRDMAN.  He plays an actor wanting to make a comeback, which clearly echoes what is happening to Keaton’s career in real life.  It’s an irresistible story that will hand him the Oscar.

I sense that Julianne Moore will win Best Actress and Patricia Arquette for Best Supporting Actress (although I loved Emma Stone’s work in BIRDMAN).

J.K Simmons in WHIPLASH plays a sociopathic music schoolteacher whose passion for his students to excel is frightening, misguided and yet laced with humor.  He inhales the duality of this character to perfection and deserves the Oscar for BEST SUPPORTING ACTOR.

That’s it.  Enjoy the show. The films and performers up for awards have not been seen in wide release nor made big dents in box office revenue.  But the quality of the nominations mercifully does not include the comic book financial blockbusters. Pray that producers and studios keep taking chances on great stories rather than on making big bucks.